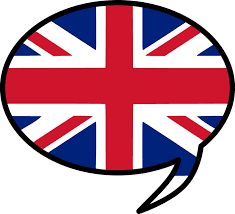 TEXT 1
"Burst-pulsed sounds are used in the life of bottlenose dolphins to socialise and maintain their position in the social hierarchy in order to prevent physical conflict, and this also represents a significant energy saving," Bruno Díaz, lead author of the study and a researcher at the BDRI, which he also manages, said.

The study, published by the publishing house Nova Science Publishers in the book Dolphins: Anatomy, Behaviour and Threats, presents the most complete repertoire ever of these burst-pulsed sounds and whistles, gathered using bioacoustics since 2005 in the waters off Sardinia (Italy).

According to the experts, the tonal whistle sounds (the most melodious ones) allow dolphins to stay in contact with each other (above all mothers and offspring), and to coordinate hunting strategies. The burst-pulsed sounds (which are more complex and varied than the whistles) are used "to avoid physical aggression in situations of high excitement, such as when they are competing for the same piece of food, for example," explains Díaz.

1. The word ‘these’ in ‘These are what can be heard . . . .’ refers to . . . .
A. whistles
B. high aggression
C. hunting dolphins
D. other individuals
E. burst-pulsed sounds
Pembahasan:
Kata ‘these’ menggantikan kata ‘burst-pulsed sounds’. Pernyataan ini dapat dilihat pada kata sebelumnya.  Jawaban: E

TEXT 2
The chemical principles basic to photography were also described well before photography was ‘invented’. John Schuleze, in 1727, demonstrated that silver salts turn dark when exposed to light. Carl W. Scheele, in 1777, showed that ammonia retarded the effects of light, and he indicated a possible way of stabilizing the photo chemical process. By the end of the 18th century, the necessary equipment (the camera obscure) were available at least to produce semi permanent photographic images.

TEXT 3
This may sound obvious; however, in this region, no one had a clue which diseases caused the most trouble, so the first task was to find out. Researchers were sent out to carry out a door-to-door survey, asking representative households whether anyone had been ill or died, recently, and if so with what symptoms. These raw numbers were then crunched to produce a ‘burden of disease’ profile for the two districts. In other words, researchers sought to measure how many years of life were being lost to each disease, including the damage done to families when breadwinners die.
4. The term a ‘burden of disease’ means ....
A. the worse the disease the more the burden
B. the relative effects of different diseases on a society
C. a disease is burdensome for the poor
D. each society and family has its own burden caused by disease
E. a disease affects not only the sick but also breadwinner
Pembahasan :
Kata/istilah ‘burden of disease’ semakna dengan efek dari penyakit yang beragam terhadap masyarakat.  Jawaban: B

TEXT 4
Identifying ingredients in old paintings can help curators decide how best to maintain, display and restore them. The 17th-century Dutch artis, Rembrandt, was found to use wheat, according to new advanced analysis of two of his works. It is the first study to identify wheat starch in any of Rembrandt's work, even though scientists have performed numerous analyses on more than 150 of his.

In Rembrandt's time, artists mixed their own paints, which they then spread onto canvas in layers. Often, individual layers of the same piece of art contained different binding agents, pigments, varnishes and other ingredients. Besides color, each layer was mixed to just the right level of thickness, glossines, texture, evenness on the surface, drying time and more.

However, paint layers are though to analyze because they are spread so incredibly thin. The thinness ones rise just a thousandth of a millimeter above the layer below them. Using a variety of chemical and physical analytical methods, along with old written records, scientists have been able to identify pigments and other inorganic materials in many ancient paintings

For the new study, the scientist used some of the most high-tech equipment around to look at the "Portrait of Nicolaes Van Bambeeck," which Rembrandt van Rijn painted in 1641. First they took a crosssection from a miniscule section of the painting. Then they used a variety of methods to probe the layers, including a technique called Time of Fly — Secondary Ion Mass Spectrometry (ToF-SIMS). This technique involves sending a focused, highenergy beam of ions at the layered sample, then observing the ions that bounce back. By analyzing the energy and chemical nature of the ejected ions, scientists can deduce detailed information about the types of elements and chemical bonds held within.

TEXT 5
Parents send their children to school with the best of intentions, believing that formal education is what kids need to become productive, happy adults. Many parents do have qualms about how well schools are performing, but the conventional wisdom is that these issues can be resolved with more money, better teachers, more challenging curricula, or more rigorous tests. But what if the real problem is school itself? The unfortunate fact is that one of our most cherished institutions is, by its very nature, failing our children and our society

Children are required to be in school, where their freedom is greatly restricted, far more than most adults would tolerate in their workplaces. In recent decades, we’ve been compelling them to spend ever more time in this kind of setting, and there’s strong evidence that this is causing psychological damage to many of them. And as scientists have investigated how children naturally learn, they’ve realized that kids do so most deeply and fully, and with greatest enthusiasm, in conditions that are almost opposite to those of school.

Compulsory education has been a fixture of our culture now for several generations. President Obama and Secretary of Education Arne Duncan are so enamored of it that they want even longer school days and years. Most people assume that the basic design of today’s schools emerged from scientific evidence about how children learn. But nothing could be further from the truth.

Schools as we know them today are a product of history, not of research. The blueprint for them was developed during the Protestant Reformation, when schools were created to teach children to read the Bible, to believe Scripture without questioning it, and to obey authority figures without questioning them. When schools were taken over by the state, made compulsory, and directed toward secular ends, the basic structure and methods of teaching remained unchanged. Subsequent attempts at reform have failed because they haven’t altered the basic blueprint. The top-down, teach-and-test method, in which learning is motivated by a system of rewards and punishments rather than by curiosity or by any real desire to know, is well designed for indoctrination and obedience training but not much else. It’s no wonder that many of the world’s greatest entrepreneurs and innovators either left school early (like Thomas Edison) or said they hated school and learned despite it, not because of it (like Albert Einstein).

TEXT 6
Non-verbal communication id defined Communication between people by means other than speech. *Non-verbal communication (NVC) derives from the following major sources: (1) eye contact (amount of looking at another person’s body and face) (2) mouth (especially smiling or grimacing in relation to eye contact) (3) posture (for example, sitting forwards or backwards) (4) gesture (as with the use of arm movements when talking) (5) orientation (of the body to the addressee) (6) body distance (as when we stand too close or too far away from others) (7) smell (including perfumes) (8) skin (including pigmentation, blushing and texture) (9) hair (including length, texture and style) (10) clothes (with particular reference to fashion)

Non-verbal communication is not quite the same as ‘body language’ because any claim about a language must refer to an agreed and identifiable grammar and syntax. NVC is not always so precise or advanced; the vocabulary of non-verbal signs is more limited than speech. Even so, it is a mistake to consider NVC as isolated from speech. Instead, some complex interaction is envisaged between word and body signal, and one that is not always complementary. Imagine yourself interviewing job applicants. You might not offer employment to a candidate who refuses to look at you, always frowns, hunches both shoulders, sweats a lot, and has a Mohican haircut – despite the fact that he or she gives thoughtful and interesting replies to your questions.

Take eye contact as an example for discussion. Mutual eye contact (where both people look into each other’s eyes) can be a sign of liking, but prolonged gaze leads to discomfort. Goffman (1969), for example, describes the sustained ‘hate stare’ as exhibited by bigoted white Americans to blacks. The directed eye contact violates a code of looking, where eye contact is frequently broken but returned to, and leads to depersonalization of the victim because an aggressor deliberately breaks the rules which the victim adheres to. Eye contact is often enhanced by size of pupils, eyebrow inflection and movement, and smiling.

9. According to the text, NVC ....
A. does not have established rules
B. has an identifiable grammar
C. may be derived from hair color
D. is isolated in language study
E. is more complicated than body language
Pembahasan:
Menurut teks NVC tidak memiliki aturan yang tepat. Informasi tersirat pada paragraf kedua, baris kedua.  Jawaban: A

TEXT 7
The MV Academik Shokalsky, a highly ice strengthened Russian tour ship built in Finland in 1984 “for polar and oceanographic research” is stranded in Antartica’s summer ice with 74 passengers and crew members abroad. The group, which includes two Guardian journalists, is retracing the harrowing 1911 Antarclic expedition led by Sir Douglas Mawson who lost many of his learn members and nearly died himself on the frigid continent a century ago.