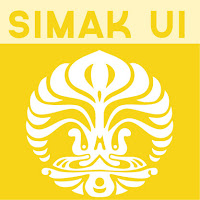 The modern mummification process differs from the technique followed by the Egyptians. Embalming dead bodies requires knowledge in different disciplines like pathology, chemistry, anatomy, microbiology and chemistry. A sound knowledge and expertise are needed in advanced fields of cosmetology and restorative art since the procedure demands both time and skills. The embalmer is supposed to follow the standard guidelines on the deceased. The body needs to be properly prepared prior to the embalming process and then the surgical techniques are applied. The process primarily aims at disinfecting the body and then preserving it. Sometimes, families prefer to restore the dead for a certain period in order to pacify their grief and then perform the funeral accordingly. The process of embalming involves preparation of the body, removal of organs, washing, disinfecting, dressing and then casketing. This mummification process requires a couple of days for successful completion. The West has partaken this body preservation method from the Egyptians. Although the techniques are improvised, the motive remains the same.
Gunakan Petunjuk A dalam menjawab soal nomor 41 sampai nomor 42.
41. What is the topic of the paragraph?
(A) Egyptian mummification process
(B) Techniques of mummification
(C) Modern technique of embalming dead bodies
(D) Skills required in mummification
(E) The motives of mummification

The unmistakable buzz of a bumblebee is one of the quintessential sounds of British summertime. However, this slender sound and faint utterance is under threat because bumblebees are in crisis. Of the 25 species native to Britain, three have already been declared extinct, five are designated UK Biodiversity Action Plan priority species, and many more have undergone major range contractions. The great yellow bumblebee, Bombus distinguendus, for example, is now restricted to northern Scotland, Orkney and the Hebrides, and the shrill carder bee, Bombus sylvarum, which was
once common throughout southern Britain, now exists only in seven small groups. In addition, as these populations become more isolated they can become inbred, which increases the risk of further extinctions. At the end of summer all the bumblebees in a colony die, apart from the virgin queens who mate and then leave the nest to hibernate over winter. In the spring a queen will make a new nest, lay eggs and then raise the first batch of workers. This annual cycle depends on there being enough pollen and nectar to sustain the queen as she establishes her nest and team of workers as the colony grows. Pollen is a protein-rich fuel that is key to helping over-wintered queens to kickstart their reproductive systems ready and for the development of larvae. Nectar, on the other hand, is a sugar-rich fuel which is converted to honey to feed adult bees. The bees make honey by adding to the nectar in their honey sacs an enzyme called invertase, which converts sucrose sugars to a mixture of glucose and fructose. Once the workers are developed, they take over the foraging and the queen concentrates on laying eggs. Later in the year, if the colony has been successful and reaches a large enough size, the queen will produce male eggs and some female eggs are raised as new queens.
A lack of resources is thought to be the critical factor that is affecting bumblebee populations, and it is related to the loss of wild flowers, both in the countryside and in vast areas of suburban gardens. The biggest impact has been the availability of food and drink, in particular the continuity of supplies throughout the colony cycle. Although nectar is available from a wide range of plants, the bees can be much more choosy about where they collect pollen from, sometimes restricting this to very few flowering plants. In Scotland, overwintered queens of the declining and beautiful bilberry bumblebee focus on bilberry in spring. Other species may focus on legumes such as red clover and bird’s-foot
trefoil. Sadly, because the UK has lost 98% of its flower-rich grasslands, this has been devastating for some bumblebee species.
Gunakan Petunjuk A dalam menjawab soal nomor 43 sampai nomor 47.
43. What is the best title of the passage?
(A) How to maintain Bumblebee Species
(B) Why Wild Flowers Disappear in the UK?
(C) A Reduction in Bumblebees Population
(D) The Availability of Bumblebees in the UK
(E) The Production of Bumblebees’ Pollen and Honey

44. What can be inferred from the passage about the lifecycle of bumblebees?
(A) The new workers are brought up by the male bees.
(B) Bumblebees hibernate throughout winter to survive.
(C) The virgin queens survive the summer and then continue the reproduction.
(D) All the bumblebees in a colony die when summer ends.
(E) The continuation of the lifecycle depends on the skill of the queens in collecting food.

46. Which of the following statements about the passage is FALSE?
(A) When the colony has been thriving and reached a sufficient size, the queen will lay male eggs.
(B) Some female eggs are laid to produce new queen bees.
(C) The declining population of bumblebees has been attributed to the inadequate food resource.
(D) Nectar and pollen are still widely available even for the choosy species of bumblebees.
(E) A large percentage of the UK area has lost its ability to supply food for bumblebees.

Global warming is the unusually rapid increase in Earth’s average surface temperature over the past century __(48)__ due to the greenhouse gases released as people burn fossil fuels. The global average surface temperature rose 0.6 to 0.9 degrees Celsius (1.1 to 1.6 F) between 1906 and 2005, __(49)__ the rate of temperature increase has nearly doubled in the last 50 years. Temperatures are certain to go up further. This phenomenon modifies rainfall patterns, amplifies coastal erosion, lengthens the growing season in some regions, melts ice caps and glaciers, and alters the ranges of some infectious diseases. Some of these __(50)__ are already occurring. For most places, global warming will result in more frequent hot days and fewer cool days, with the greatest warming __(51)__ over land. onger, more intense heat waves will become more common. Storms, floods, and droughts will generally be more severe as precipitation patterns change. Hurricanes may increase in __(52)__ due to warmer ocean surface temperatures.
Gunakan Petunjuk A dalam menjawab soal nomor 48 sampai nomor 52.
48. ...
(A) prime
(B) primer
(C) primary
(D) primacy
(E) primarily

The massages communicated by the eyes vary depending on the duration, direction, and quality of the eye behavior. For example, in every culture there are rather strict, though unstated, rules for __(54)__. In much of England and the United States, for example, the average length of gaze is 2.95 seconds. The average length of mutual gaze (two persons gazing each other) is 1.18 seconds. When eye contact falls short of this amount, you may think the person is uninterested, shy, or preoccupied. When the appropriate amount of time is exceeded, you may perceive this as showing high interest.
In much of the United States direct eye contact is considered an expression of honesty and forthrightness. But the Japanese often view this movement as a lack of respect. They will glance at the other person’s face rarely and then only for very short periods. In many Hispanic cultures, direct eye contact signifies certain equality and so __(55)__ be avoided by, say, children when speaking to a person in authority. You also use eye contact to serve several important functions. You can use __(56)__ to monitor feedback. For example, when you talk to someone, you look at that person
intently, as if to say, "Well, what do you think?" or "React to __(57)__ I’ve just said." When you speak with two or three people, you maintain eye contact to secure attention and interest of your listeners. __(58)__ also helps signal the nature of the relationship between two people.
By making eye contact, we overcome psychologically the physical distance between us. When we catch someone’s eye at a party, for example, we become psychologically close even though we may be separated by considerable physical distance. Eye contact and other expressions of psychological closeness __(59)__ to vary in proportion to each other. The eyes, sociologist Erving Goffman observed in Interaction Ritual (1967), are "great intruders." When you avoid eye contact or avert your glance, you allow others to maintain their privacy. You probably do this when you see a couple __(60)__ in the street or on a bus. You turn your eyes away as if to say, "I don’t mean to intrude, I respect your privacy." Goffman refers to this behavior as civil intention.
Gunakan Petunjuk A dalam menjawab soal nomor 53 sampai nomor 60.
53. This sentence "Eye movements are often used to compensate for increased physical distance."
should be ....
(A) the first sentence of paragraph 1
(B) the last sentence of paragraph 1
(C) the first sentence of paragraph 2
(D) the first sentence of paragraph 3
(E) the last sentence of paragraph 3

46. Jawab : D.
Pembahasan :
A betul. Tercantum di paragraph 2 kalimat terakhir (if the colony has been successful and reaches a large enough size, the queen will produce male eggs and some female eggs are raised as new queens.)
B betul. Tercantum di kalimat yang sama.
C betul. Tercantum di kalimat pertama paragraph terakhir (A lack of resources is thought to be the critical factor that is affecting bumblebee populations, and it is related to the loss of wild flowers, both in the countryside and in vast areas of suburban gardens)
D tidak tepat karena berlawanan dengan paragraph ke 3 (Although nectar is available from a wide range of plants, the bees can be much more choosy about where they collect pollen from, sometimes restricting this to very few flowering plants.) kata although menunjukkan bahwa kenyataannya akan berlawanan dengan kalimat tersebut.

55. Jawab : D.
Pembahasan :
Must sama dengan have to dan had better sama dengan should. Maka, jawaban yang berbeda adalah ‘may’.